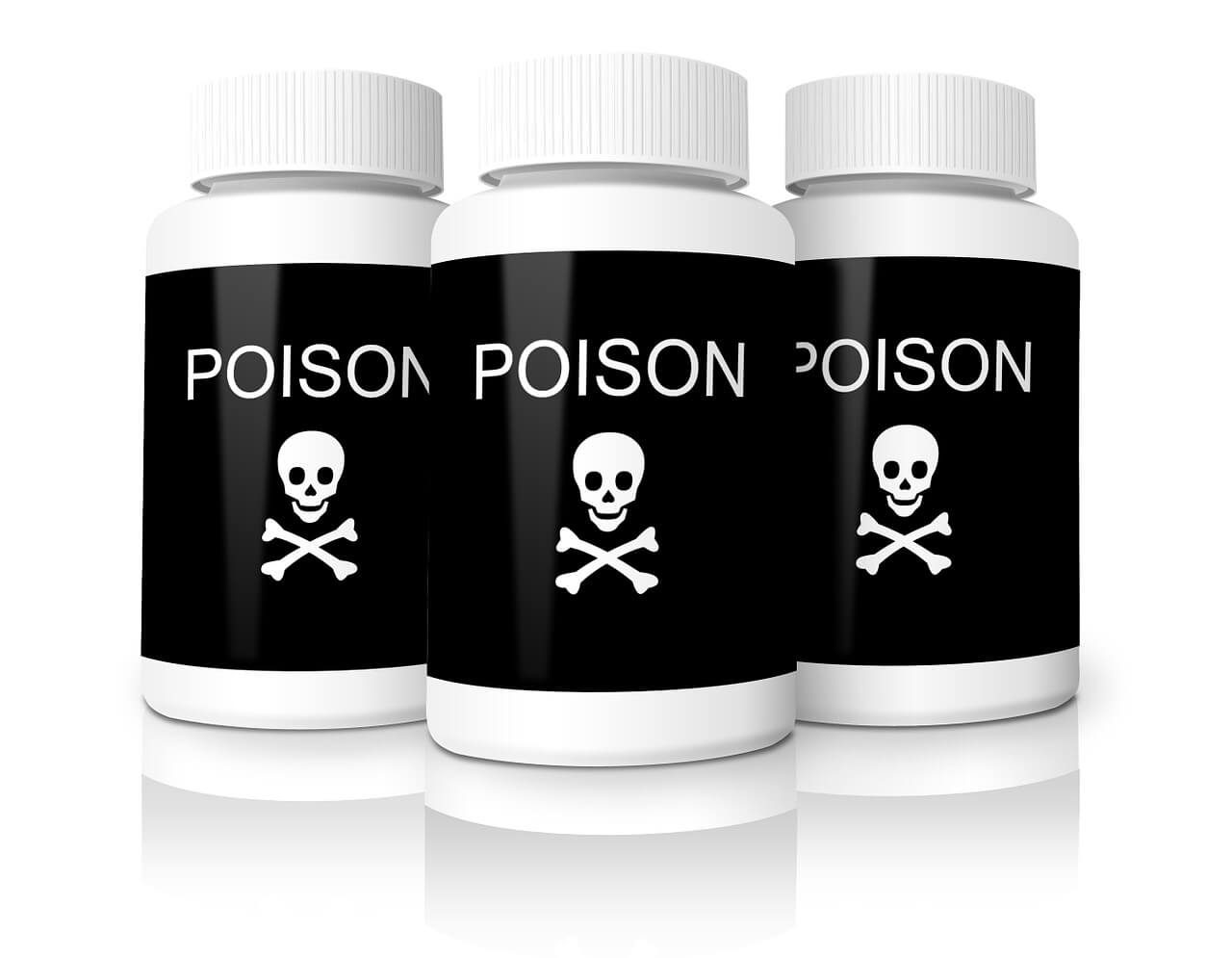 Top Twelve Things that are Poisonous to Pets

Sadly, we see poisonings all the time - and mostly, they’re entirely preventable! So in this blog, we’re going to do a quick rundown of the 12 most important poisonings we see in practice...

Toxic to all mammals, this is one of the nastiest of all. Antifreezes often contain the toxic ethylene glycol, which first causes “drunkenness”, and then acute kidney failure. Unfortunately, because it tastes so sweet, cats and dogs often drink it if they find any lying around.

Make sure you keep it all secure and wash off any spillages or leaks - or even better, ask your garage if you can use a pet-safe antifreeze instead!

This is only poisonous to dogs, and is found in many sugar-free chewing gums, sweets, and even baked treats. It’s safe in humans, but in dogs it causes a dramatic drop in blood sugar levels (a “hypo”), leading to wobbliness, dullness, collapse, seizures, coma and death. In some cases, it can also cause liver failure in animals that survive the initial phase.

Avoid using xylitol in cooking, or buying foods, e.g. low calorie peanut butter, that contain it. If your dog does have a hypo, rub honey on their gums and call us immediately!

Well known as toxic to both dogs and cats, the theobromine in chocolate causes restlessness, vomiting, muscle tremors and abnormal heartbeats. Unfortunately, dogs love it and will often gobble down any they can get their jaws around! Fortunately, the onset of symptoms is often relatively slow, so we have time to induce vomiting to get it out.

If your pet has eaten chocolate, try to let us know what type and how much - some sorts (e.g. dark) are more dangerous than others.

Many detergents, especially (but not only) those containing benzalkonium chloride are very dangerous to animals that walk through them. Liquid capsules are particularly bad, because they tend to burst when played with. Cats are at particular risk, and the detergent causes burns to the feet, mouth and skin; if licked at (which is most cats’ response to treading in something), it burns the mouth and gullet, and can even cause fatal pneumonia as it burns the airways.

Dogs and cats are NOT small people - though a medicine is safe for us, it may be lethal to a pet! Just because a human medicine is available over the counter, it doesn’t necessarily follow that it is safe. Typical examples are paracetamol (potentially dangerous in dogs who do not tolerate it as well as us, but almost always fatal in cats), ibuprofen (which causes severe stomach upsets, gastric bleeding, and kidney damage in pets), and psoriasis cream (potentially fatal, and highly unpleasant, even if just licked off the skin).

Don’t try to treat your pet at home - always phone us and ask for advice! If there’s a medication you could reasonably (and legally) use, we’ll let you know!

Relatively harmless to dogs (salivation, occasionally vomiting) but fatal to cats, causing rapid-onset kidney failure. The pollen is particularly dangerous, as it gets everywhere and is readily licked off. Some lilies (e.g. “Peace Lilies”) do not contain the toxic component, but if in doubt…

No lilies in a cat house!

Dogs (although not so much cats) love to go through the dustbin! Unfortunately, mouldy food often contains toxic moulds that make tremorgenic mycotoxins. These cause muscle tremors, distress, seizures, and abnormally high body temperatures.

Keep dogs out of the bins… It may smell nice to them, but it might not do them any good.

A favourite at this time of year (leek or onion soup, and of course sage and onion stuffing!) but our pets can’t cope with them as well as we can - and eating any of the Allium family can cause haemolytic anaemia!

No onions for pets either...

A very effective flea and tick control for dogs and rabbits - but fatal to cats. The symptoms are of severe, hard-to-control seizures, and the toxin is often fatal even with treatment. Avoid at all costs!

NEVER put dog flea drops on a cat; and if you have dogs and cats, best to avoid permethrin drops to minimise the risk to your cats from rubbing up against their furry friends.

Most rat-bait poisonings are in dogs, but it can happen in cats (especially if they eat a poisoned rat or mouse). The majority of these poisons are anticoagulants, and act by preventing the blood from clotting, so the animal starts to bleed abnormally. If not treated, they may even bleed to death internally. The antidote is Vitamin K, but some of the most powerful poisons can last in the system for many weeks.

Although there are pet-safe versions, those containing metaldehyde cause severe, long-lasting seizures and hyperthermia, resulting in severe brain damage and death. If caught early enough (and the toxin can kick in within 30 minutes), we can induce a medical coma until the drug wears off, but if there is any delay, the outcome is usually very poor.

Safely dispose of any metaldehyde slug pellets and replace them with pet-safe versions.

Yes, grapes, raisins, currants and sultanas are potentially dangerous to dogs (and probably cats)! No-one knows what the toxin is, and it doesn’t seem to be in every grape, but dogs have been known to die after eating as few as three raisins. The poisonous ingredient causes kidney failure, and is highly unpredictable.

Prevention is always better than cure - no dog or cat wants to be in with us being made to vomit, or spending Christmas with us on a drip! So keep pets away from poisons… and if they do manage to grab something, give us a call right away!