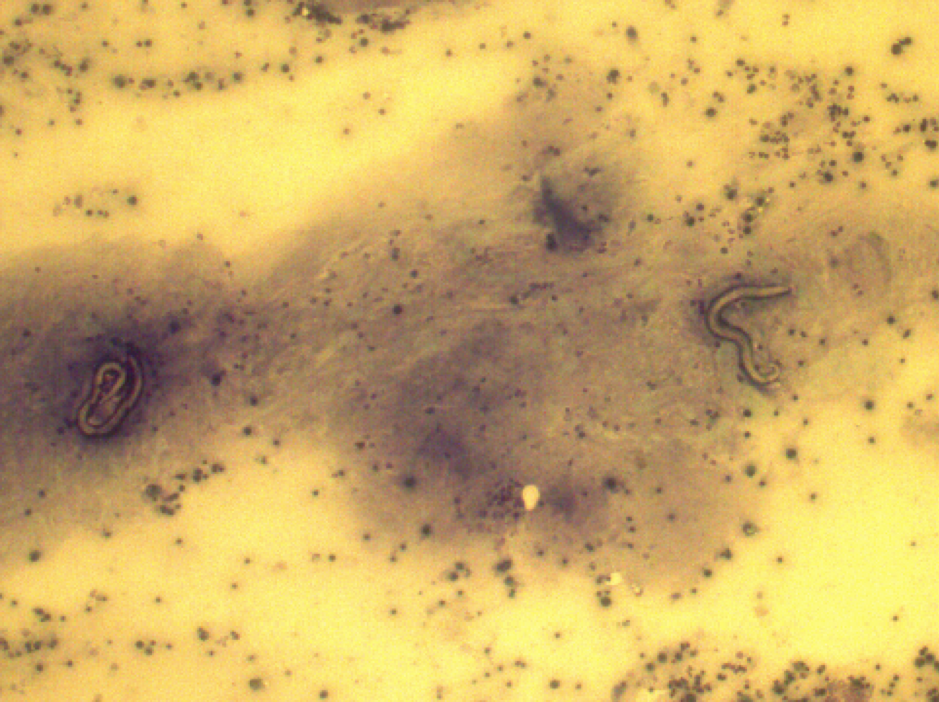 A case of Lungworm

These images are from a lung wash taken from a 13 year old springer spaniel with a three week history of coughing who recently came in to the surgery as the owner was concerned for her dog. It was conﬁrmed to be lungworm our ﬁrst of 2018. The lungworm infection in this dog is associated with a secondary pneumonia.

There are several species of parasitic worm in dogs that involve the lungs and are therefore referred to as ʻlungwormsʼ (including Capillaria aerophila, Oslerus osleri and Crenosoma vulpis). However, it is the species Angiostrongylus vasorum also known as French heartworm that poses the greatest risk to a dogʼs health. The species of lungworm in these pictures though not conﬁrmed has all the characteristics of A vasorum.

Dogs are infected by eating infected slugs, snails or frogs, but also potentially directly from the environment where slugs and snails have been. A vasorum typically causes coughing, but can cause abnormal blood clotting, neurological signs and chronic weight loss, potentially with fatal consequences. Some dogs show no signs at all. Although young dogs are reported to be most commonly aﬀected, this lungworm can aﬀect dogs of any age. 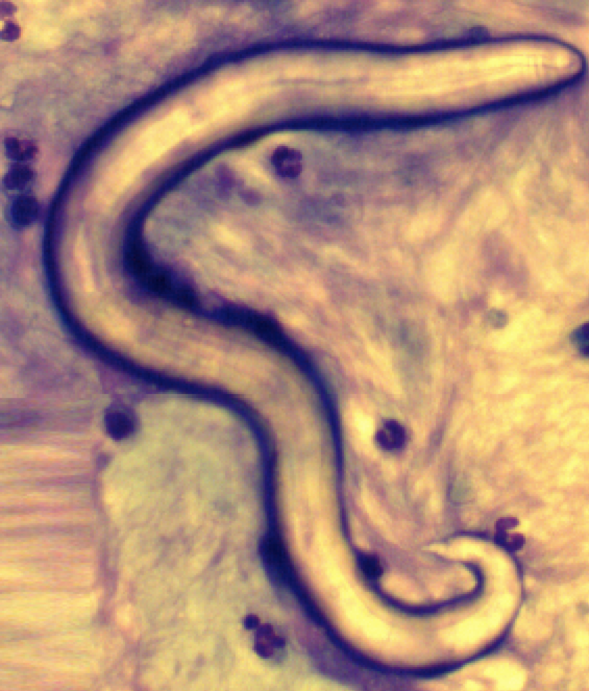 The dog in this case was even receiving regular lungworm prevention! The only wormers shown to be eﬀective at treating or preventing A vasorum are prescription only. Non-prescription wormers are only aﬀective against worms aﬀecting the gastrointestinal system (roundworms, hookworms, whipworms and tapeworms). Even when using a wormer for lungworm prevention on a regular basis, it may still be possible for a dog to develop lungworm.

Some products may have diﬀerent advice for treatment versus prevention or may only have been proven to prevent or reduce the number of language rather than treat infection already present. The pre-patent period (time between infection and shedding of infective forms of the parasite) is variable, with reports ranging from 28 to 108 days. Therefore, prevention of lungworm is best achieved by giving a product known to be eﬀective once every four weeks, however for reasons of cost or practicality it is not uncommon for vets to recommend three monthly worming (based on guidelines for the control of gastrointestinal worms).

Is your dog covered against lungworm? It is worth checking with your veterinary practice; your vet can discuss with you their recommendations for anti-parasitic therapy including prevention of lungworm.